“What makes someone American isn’t just blood or birth but allegiance to our founding principles and faith in the idea that anyone- from anywhere- can write the next chapter of our story.” – Barack Obama

Imagine: What would it take for you to grab your family and run from your home? Imagine leaving behind everything for which you have worked so hard, fleeing to a place you have never been, where you don’t know a soul. Can you imagine having one hour to pack, choosing items from your home to embark on what may become a long, arduous journey? What would you leave behind? Envision how terrible a situation would be for you to leave everything behind, putting yourself and your family at the mercy of strangers.

Indiana is home to a growing community of immigrants that play vital roles in the labor force and the Indiana economy. 5% (over 350,000) of Indiana residents are immigrants, and an additional 5% have at least one immigrant parent. Over a third of adult immigrants also have a college degree or higher, making them valuable members of the workforce in a variety of fields, most notably manufacturing and educational services.

Approximately 68,000 Indiana U.S. citizens have a family member who is undocumented, and about 8,000 current residents are DACA (Deferred Action for Childhood Arrivals) recipients. Immigrants contribute billions of tax dollars to the Indiana economy each year, and comprised almost $8 billion in spending power as of 2019.

Indiana has welcomed immigrants and refugees from a multitude of countries, with the majority of Hoosier immigrants originating from Mexico (30%), India (9%), China (7%), Myanmar (3%), and the Philippines (3%).

“As neighbors, business owners, taxpayers, and workers, immigrants are an integral part of Indiana’s diverse and thriving communities and make extensive contributions that benefit all.” (American Immigration Council)

This news story about the story of a refugee family in Indiana: Muslims and Trump's travel ban: How Indiana communities try to heal
Click Here

These stories from refugees who have come to America to gain a personalized perspective on what happens when someone has to flee their country: Refugee Stories
Click Here 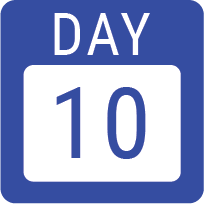