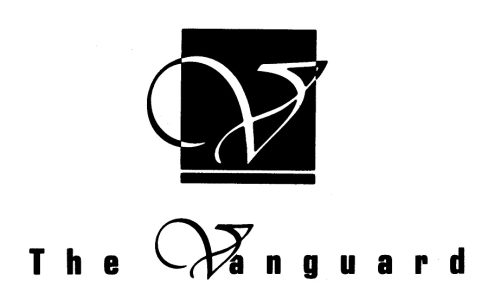 The Vanguard Leadership Giving Program is a tradition of support that recognizes contributors of $1,000 or more to United Way of Greater Lafayette.

There are six levels of Vanguard Leadership Giving:

The Vanguard Leadership Giving Program began with a grant from Great Lakes Chemical Corporation in 1987. Three community leaders worked together to start this program. The first Vanguard Chairman was Jim Risk of Kirby Risk Corporation. With some help from his friends, Mr. Risk began to cultivate The Vanguard. He had recruited 116 charter members. This first group of Vanguard Donors contributed $163,400. Over the years the Vanguard Leadership Giving Program has grown significantly.

If you are interested in making a Vanguard gift or have questions about The Vanguard, please e-mail Donor Experience Associate, Janice Smith.

Alexis Charles-Henri Clerel de Tocqueville was only 26 years old when he came to America in 1831, and he traveled all over our young nation. de Tocqueville spend just nine months in the United States, but he gleaned an insightful view of American Society. His observations, readings, and discussions with distinguished Americans formed the basis of Democracy in America, a detailed study of American society and politics, published in two volumes, in 1835 and 1840.

Perhaps his most important observation was that Americans helped each other in times of need. He recognized, applauded and immortalized the voluntary spirit that lives in America’s heart. He wrote: “I must say that I have seen Americans make a great and real sacrifices to the public welfare; and have noticed a hundred instances in which they hardly ever failed to lend faithful support to one another.”

The Alexis de Tocqueville Society, named because of Tocqueville’s admiration for the spirit of voluntary association and voluntary effort for the common good, is a national, philanthropic society honoring individuals throughout the United States making gifts of $10,000 and above annually to their local United Way organizations.

In 2003, United Way of Greater Lafayette announced the formation of Alexis de Toqueville Society. We salute our Alexis de Tocqueville donors who give so generously, lead by example and help to ensure the future of our community.

If you are interested in making an Alexis Charles-Henri Clerel de Tocqueville gift or have questions about de Tocqueville, please e-mail Donor Experience Associate, Janice Smith.

Women who impact community change. Community change that impacts women. This is what Women United of Greater Lafayette is all about! Women United fights for a stronger community. We are leading the charge starting with education. Our website is currently under construction as we work to further develop our goals and plans for the upcoming year. You can still make an impact today! Our free, little libraries need your help.

Here are three ways to get involved:

If you are interested in making a Women United gift or have questions, please e-mail Janice Smith, Donor Experience Associate.

ELU is a group of people under the age of 40 who are dedicated to improving the lives of people living in the Greater Lafayette area through our support of United Way’s mission and values. We get together to help our community through volunteer work, and we attend events that help us develop professionally. Emerging Leaders is a great way to connect, serve and lead our community!

In the Greater Lafayette area, residents have identified a gap in local services. Our community feels that more needs to be done to support youth development. United Way of Greater Lafayette has heard this concern and will be working with new and existing programs to bridge the gap in services for older youth.

Emerging Leaders step up to meet this growing need. We have decided to help United Way’s efforts by focusing on youth development at the middle and high school levels through our service activities such as ELU Career Coaches, a partnership with Tecumseh Middle School.

To stay up-to-date on Emerging Leaders United, you can join our Facebook group or you can email emergingleadersunitedlaf@gmail.com to ask any questions that you may have.